A series of tombs dating from the Neolithic period can be found at Ballyrenan behind a farm, about 200 metres along a side road off the B84 between Drumquin and Newtownstewart. There are three tombs remaining which are known as Portal Tombs. The one to the west is an unusual double stoned Portal Tomb having two lintels and roofstones. They were built as a grave for an ancient Irish Chief about 3000 B.C. Cup marks are to be found on one of the roofstones of one of the tombs and also a small rectangular block of stone outside bears criss-cross grooves on the top surface.

Island McHugh, a crannog on Lough Catherine, was occupied from Neolithic times until the late 16th Century, and is believed to have the longest history of any known habitation site in western Europe. It is also recognised as being the earliest artificial island discovered in the British Isles. The ruin of a medieval castle, once owned by Henry Hovenden, the English Secretary to the Earl of Tyrone, is still standing. 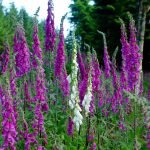 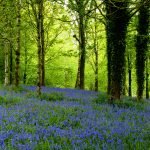